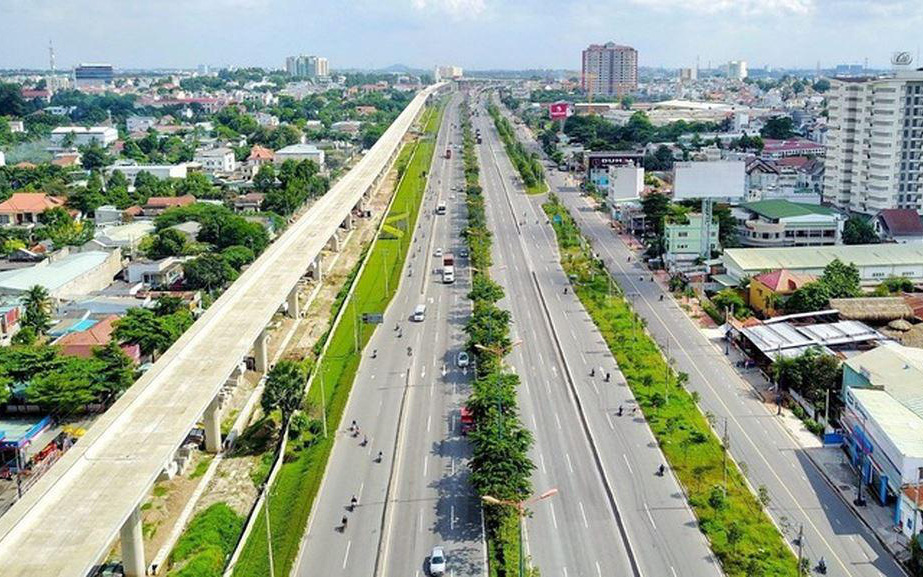 Binh Duong province orients to develop Thuan An into an urban and service center of the whole province. Besides, the province also decided to build a part of National Highway 13 into a finance – trade – service avenue.

The commercial complex in Thuan An, including commercial centers – financial services, banks, hotels, luxury apartments, … is planned in the central area of ​​Lai Thieu from both sides of National Highway 13 to Nguyen Van Tiet Street.

Along with that, Thuan An will gradually transform industrial facilities into clean technology. Binh Duong will relocate a number of industrial parks mixed in residential areas in order to convert the land area of ​​these facilities to civil purposes.

Currently, Binh Duong province is promoting the implementation of infrastructure for the purpose of turning Thuan An into a service-commercial center city. According to the general planning project to develop Thuan An into an urban and service center, Binh Duong has decided to expand National Highway 13 into the largest finance – commercial – service avenue in the province.

On April 26, the People’s Committee of Binh Duong province held a ground-breaking ceremony for the BOT project to upgrade and expand National Highway 13, the section through Ho Chi Minh City. Thuan An.

Specifically, Binh Duong started to upgrade and expand National Highway 13, the section from adjacent to Ho Chi Minh City to Thu Dau Mot City (Binh Duong province) from 06 lanes to 08 lanes. The expansion of National Highway 13 aims to overcome traffic congestion on this section of road, opening a new face and new opportunities for Binh Duong to strengthen its connection with the Southern Key Economic Region.

The project is implemented with an investment budget of over 1,300 billion VND, including sidewalks and trees with synchronous drainage; invest in overpasses at the intersections of Binh Hoa and Huu Nghi intersections, with the size of 4 lanes, and other intersections are studied and expanded to increase traffic capacity. In addition, the project also invests in a vertical drainage system with lighting on both sides of the road from Ben Cat to Bau Bang (Tham Rot bridge) bordering Binh Phuoc province.

National Highway 13 not only plays the role of the backbone traffic axis of Binh Duong province’s transport system but also the arterial road connecting Ho Chi Minh City. From Ho Chi Minh to Binh Phuoc and the Central Highlands provinces.

Binh Duong province is renovating and expanding National Highway 13 from Vinh Phu welcome gate (Km1+315) to the intersection with Le Hong Phong street (Km15+018.28), widening to the right 02 lanes (after expansion is 08 lanes). Along with that, the province invests in sidewalks and trees for synchronous drainage; invest in overpasses at the intersections of Binh Hoa and Huu Nghi intersections, with the size of 04 lanes, and other intersections to study and expand to increase traffic capacity.

In order to maximize the advantages of National Highway 13, many other traffic projects will also be deployed with this route to create an open transport corridor. In which, an important project is the Ring Road 3, which is connected to the first extended National Highway 13 section (from the intersection of Tu Do Avenue to Le Hong Phong Street).