How does Vietnam calculate CPI?

(Chinhphu.vn) – The Consumer Price Index (CPI) is a statistical indicator that reflects the general trend and level of price fluctuations over time of goods and services serving people’s daily consumption. 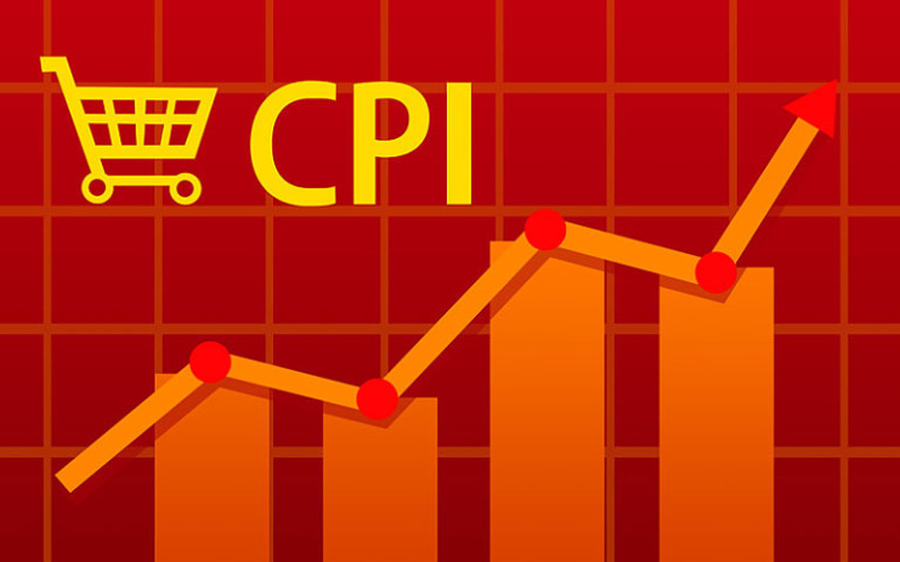 According to the methodology of international statistics, the General Statistics Office has determined:

(1) A representative list of goods includes goods that are common consumer goods and services for daily life of people in a certain period.

This category is used to collect information that reflects changes in the prices of goods that are representative of the final consumption of the population. In the period of 2020-2025, the CPI list includes 752 items.

Thus, the CPI indicator depends not only on the volatility of the prices of representative goods, but also on the List of Representative Commodities and the Weights of the representative commodity groups.

Every month, 63 localities organize to collect prices of items on the List of Representative Goods and Services in 3 periods. There are about 40,000 price investigation points nationwide with stable business locations, belonging to all economic types.

Currently, the General Statistics Office has implemented consumer price surveys using CAPI electronic devices in 63 provinces and central cities, helping to improve the quality of survey data, enhance transparency in the investigation process, and shorten the data production time and move towards integration with world statistics.

On average, in the first 6 months of 2022, CPI increased by 2.44% over the same period last year (higher than the growth rate of 1.47% in 2021), this is a success in controlling inflation of Vietnam in the context of the global economy. The world is facing rising inflation in most countries.

Why is Vietnam’s inflation not as high as many countries?

Vietnam’s inflation in the first 6 months of this year did not increase as high as some other countries in the world mainly due to the following reasons:

The list of goods and services represents the CPI of different countries because of their dependence on consumption habits, and the structure of household consumption is also heterogeneous.

The US and Europe spend a large proportion on housing, electricity, water, gas, transportation, culture and entertainment while Vietnam mainly spends on food and food (accounting for a large proportion). weight 27.68%).

Basically, the reasons why Vietnam’s inflation is lower than that of Western countries are similar to what experts have explained why many Asian economies are still outside the inflation storm.

Accordingly, policymakers point out that rising prices are a global phenomenon. The cost of fuel, fertilizer, grain and other commodities is increasing everywhere after the Ukraine crisis broke out. However, inflation is not the same everywhere.

Southeast Asian economies have inflation lower than 4% mainly due to: Firstly, pork prices fell year-on-year after African swine fever was brought under control.

The second is that many parts of Asia are moving to live with the epidemic more slowly and reluctantly than in the West. In many countries, travel and movement will only really return to normal from April and May 2022.

Third, the people of East Asia are not like other parts of the world, they eat more rice than wheat while the price of rice rises less than the price of wheat. In addition, some countries in Asia have enacted policies to ban the export of some items to ensure a stable supply of domestic prices.

Vietnam is a country with a good source of food and food products, besides fully meeting the consumption needs of the people, it also exports to the world, so the price is quite stable.

Prices of food items in the first 6 months of the year decreased by 0.4% compared to the same period last year, causing CPI to decrease by 0.08 percentage points, of which pork price decreased by 20.12%; the price of animal organs decreased by 9.52%; price of processed meat decreased by 3.89%.

Pork prices fell sharply mainly because Vietnam had controlled the African swine fever epidemic, so it was proactive in preventing the disease, ensuring the supply, while the price of animal feed was increasing, forcing farmers to sell to cut losses early.

In addition, the price of educational services decreased by 3.56% because some provinces and centrally-run cities exempted and reduced tuition fees from the first semester of the school year 2021-2022 due to the impact of the COVID-19 epidemic, making the overall CPI down 0.19 percentage points.

In particular, in order to proactively respond to challenges in the face of increasing inflationary pressure, the Government has drastically directed ministries, sectors and localities to synchronously implement solutions to stabilize prices, limit negative impacts on socio-economic development.

Timely promulgated financial and monetary policies and solutions have significantly reduced pressure on the price level such as: Stabilizing lending interest rates at low levels, reducing value-added tax on some commodity groups, services from 10% to 8% from February 1, 2022; reduce 50% of the environmental protection tax rate for jet fuel from January 1 to December 31, 2022; reduce the collection of 37 fees and charges in the first 6 months of 2022.

At the same time, the management of petrol and oil prices closely followed world price movements, and gasoline supply was directed to promptly overcome. Localities have strengthened price management in the area, many businesses actively participate in price stabilization programs.

Thanks to that, we managed to control inflation in the first 6 months of the year at 2.44%.

Inflation pressure in the last months of 2022 is very large

The General Statistics Office said that inflation pressure from now until the end of the year is very large. Some factors that can cause CPI to increase in the last months of the year are as follows:

Especially, the volatile petrol price will affect the price level of many important commodities such as gasoline, agricultural materials, construction materials, and transportation.

Besides, food prices are likely to increase in the last months of the year, especially when the epidemic has been controlled and people’s consumption demand is returning to the time before the pandemic took place.

Vietnam has the advantage of being proactive about food sources in the country, but it will be difficult to avoid the impact when the world is in danger of facing a global food crisis.

The group of food and food products has a relatively high weight, nearly 28% in the CPI basket, so the price fluctuations of this commodity group will have a strong impact on the inflation of the economy.

The domestic economy is in a clear recovery phase and together with support packages to boost economic growth is likely to recover even more strongly in the last 6 months of the year, when consumer demand for goods in the population will increase sharply, service activities will also increase such as tourism, entertainment, entertainment, dining outside the family, thereby pushing up the prices of goods and services and putting pressure on inflation.

Therefore, the General Statistics Office assessed that achieving 4% of the inflation target set by the National Assembly this year is a huge challenge.